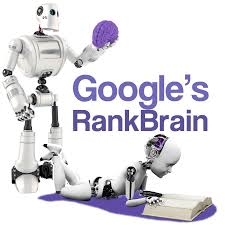 How RankBrain Impacts on SEO

So what is RankBrain? RankBrain uses a form of machine learning and is used by Google to process unfathomable amounts of qualitative data (written content) into quantitative data (mathematical entities), vectors that the algorithm and other computers can understand. I5% of all queries that Google processes are new, so it’s common for RankBrain to encounter a query or phrase it hasn’t seen before. Using previously processed data in vectors and shards, RankBrain looks to make an intelligent guess based on similar queries, and similar meanings.

RankBrain was launched in a dozen or so languages ranging from English to Hindi, and its sole purpose is to help Google provide more accurate results and an overall better search experience for users, satisfying their queries.

The main difference between the pre and post RankBrain world is that before RB, Google’s team of software engineers would amend and alter the mathematical algorithm(s) that determine search results and rankings, and this algorithm would remain constant until an update was made. However, Rank Brain is a part of the core algorithm and is used by Google for all searches (as of 2016), meaning that there is constant change and fluctuation. This means that search results are now reactive to real world events, as well as a lot more volatile outside of the big algorithm update announcements.

If you want to know more about RankBrain then visit the Search Engine Watch website and view the complete posting.