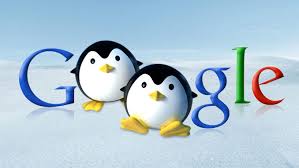 Penguin Now Part of Google Searches Core Algorithm
Google’s algorithms rely on more than 200 unique signals or “clues” that make it possible to surface what you might be looking for. These signals include things like the specific words that appear on websites, the freshness of content, your region and PageRank. One specific signal of the algorithms is called Penguin, which was first launched in 2012 and today has an update. After a period of development and testing, Google are now rolling out an update to the Penguin algorithm in all languages. Here are the key changes, which were also among webmasters’ top requests to Google:

Penguin Now Real Time
Historically, the list of sites affected by Penguin was periodically refreshed at the same time. Once a webmaster considerably improved their site and its presence on the internet, many of Google’s algorithms would take that into consideration very fast, but others, like Penguin, needed to be refreshed. With this change, Penguin’s data is refreshed in real time, so changes will be visible much faster, typically taking effect shortly after we recrawl and reindex a page. It also means we’re not going to comment on future refreshes.

Penguin is Now More Granular
Penguin now devalues spam by adjusting ranking based on spam signals, rather than affecting ranking of the whole site.

The web has significantly changed over the years, but now Google states that webmasters should be free to focus on creating amazing, compelling websites.

It’s also important to remember that updates like Penguin are just one of more than 200 signals Google uses to determine rank.