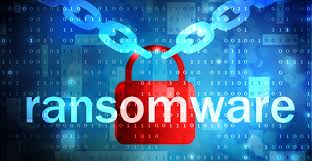 Cheap Ransomware Takes Files Hostage
Malware that gives victims 96 hours to pay a ransom before it starts deleting files from their PC has been spotted on the dark web. If the ransom remains unpaid, it continues deleting random files every six hours. The Stampado malware is for sale for less than $50 for a lifetime’s licence. Unlike other variants, it does not need administrator rights to start infecting computers.

Ransomware is malicious software that scrambles the data on a victim’s PC and then asks for payment before restoring the data to its original state.

The costs of unlocking data vary, with individuals typically paying a few hundred pounds and businesses a few thousand.

“Cryptoware is such a big segment of the malware economy, malware creators have to constantly release new products to keep their clients engaged and the money flowing,” said security firm Heimdal in a blog.

In June, researchers at Intel Security said they had seen an “alarming” rise in the volume of ransomware available to hackers. They said that they had logged 124 separate variants of the malware.

The FBI also said that it had seen ransomware attacks double in the past year, with more than 2,400 complaints. It estimated losses from such attacks stand at $24m (£18m) in that timeframe.

Banks, hospitals and educational institutions have all been hit by attacks in recent months. Most attempt to solve the issue internally before paying any ransoms.