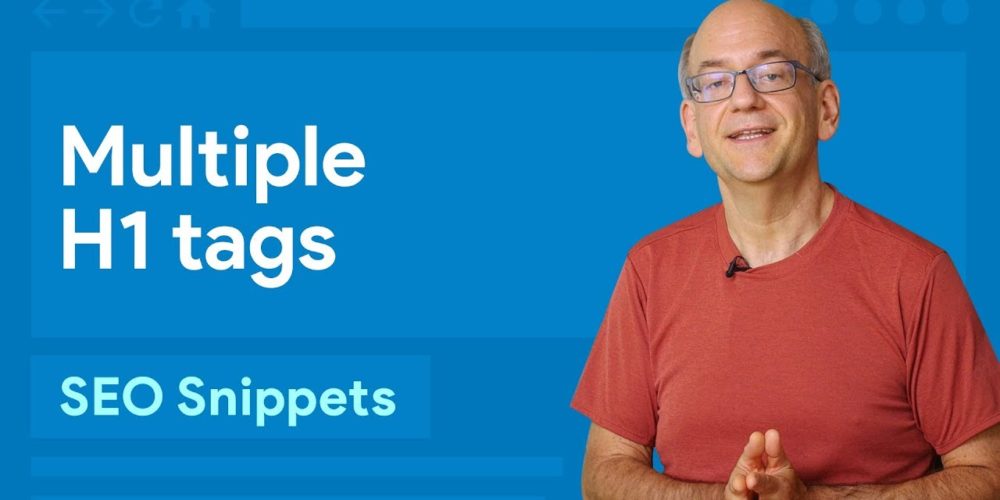 “Our systems don’t have a problem when it comes to multiple H1 headings on a page,” said Webmaster Trends Analyst John Mueller on the October 3 edition of #AskGoogleWebmasters, adding that using semantically structured headings does help Google understand your pages.

The question. “Can we have a clear answer to the question [of] how to handle headings and accessibility? I see a lot of multiple h1 (all but one are visually hidden) out there … Everybody treats it differently. And stuff like the

The answer. As mentioned above, Mueller explained that Google’s systems aren’t tripped up by multiple H1 headings, noting that it’s “a fairly common pattern on the web.”

How Google uses headings. “We use headings to better understand the context of different parts of a page,” said Mueller. “Having clear, semantically understandable headings is useful in understanding any given page; however, we have to work with the web as we find it and a lot of it isn’t semantically structured at all.”

“For users, the difference is minimal — both kinds of pages can be extremely relevant to a question that they have. In turn, our systems aren’t too picky and we’ll try to work with the HTML as we find it, be it one H1 heading, multiple H1 headings or just styled pieces of text without semantic HTML at all.”

“In short, when thinking about this topic, SEO shouldn’t be your primary objective,” Mueller advised. “Instead, think about your users: if you have ways of making your content accessible to them, be it by using multiple H1 headings or other standard HTML constructs, then that’s not going to get in the way of your SEO efforts.”

For SEOs that have inherited sites with multiple H1s, it may not be worth your time to reformat all those headings. However, as Google does use headings to understand the context of the various parts of your pages, it may be worthwhile to add headings to important pages that are lacking them.